During the months of October, November, and December, the Muskegon is transformed into one of the Midwest’s premier spey fishing rivers. Lake-run brown trout are an often overlooked game fish that are most abundant from late September through March.  Chinook or king salmon enter the Muskegon in August and September, but are not fished heavily until they concentrate in October.

Cool water resident fish:  There is a very strong population of resident brown and rainbow trout.  Both types of trout can be found in the twenty miles of river below Croton Dam.

Warm water resident fish:  The most popular warm water fish are smallmouth bass and northern pike. The Muskegon is a fantastic smallmouth river from late June until late September. Northern pike inhabit the entire system and are fished during the months of May through September. 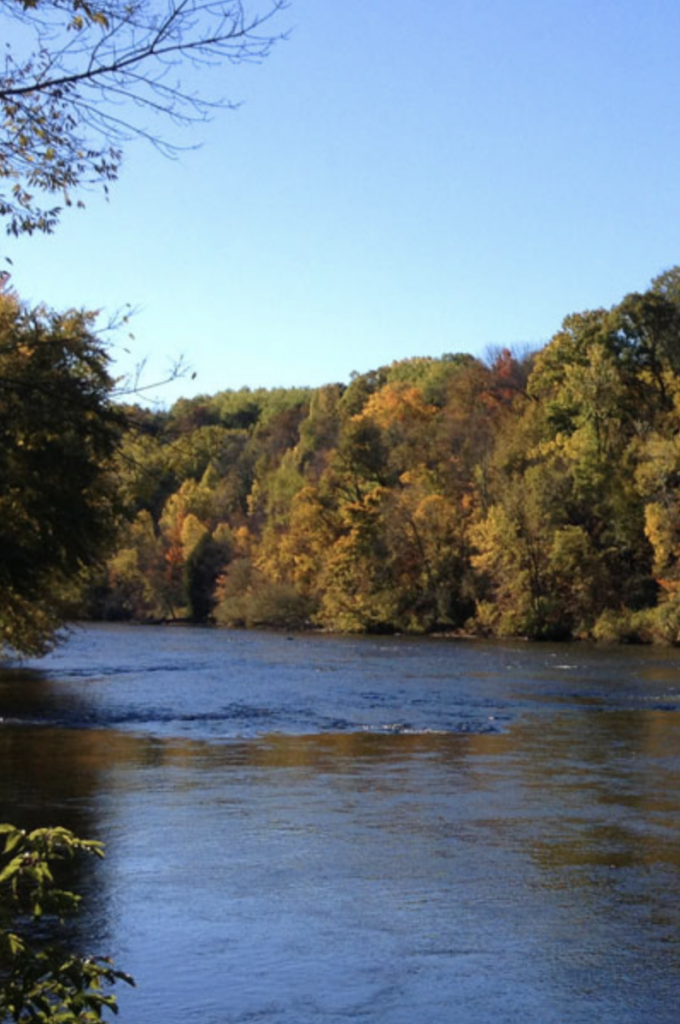 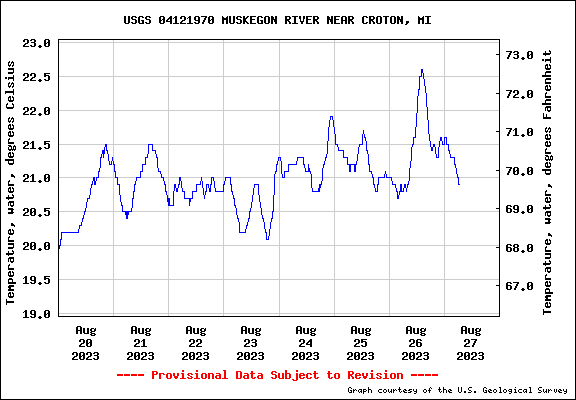 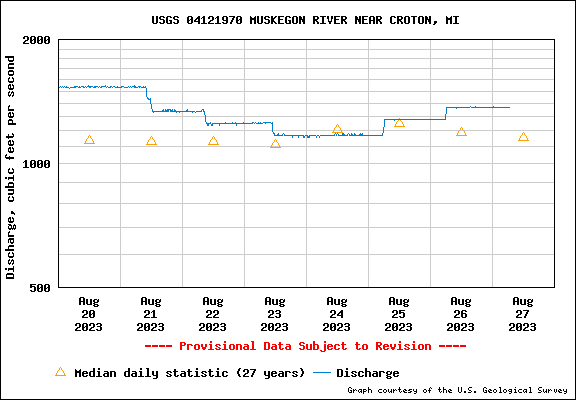 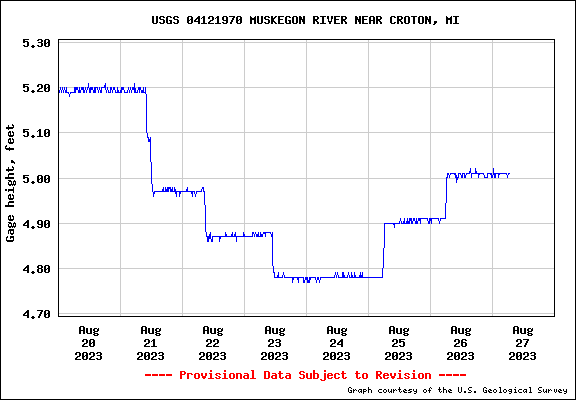