The Dowagiac River is a southwesterly flowing 30.9-mile-long stream in the Lower Peninsula of Michigan. It is a tributary to the St. Joseph River which flows, in turn, into eastern Lake Michigan.

The Dowagiac River is unusual in southern Michigan, being similar in temperature and flow to northern trout streams such as the Au Sable River.  High groundwater contributions along much of the Dowagiac River’s length provide cold temperatures and steady base flow throughout the summer season. In July river temperatures range in the middle 60’s which is ideal for non-native brown trout.

The upper reaches of the river support a nice brown trout population as well as some great hatches.  The best hatches are from May until July.  The river fishes well with streamers and terrestrials throughout the summer.

Each year steelhead, salmon and lake-run browns migrate up to the Pucker Street Dam, which follows the same timing as the St. Joe River. 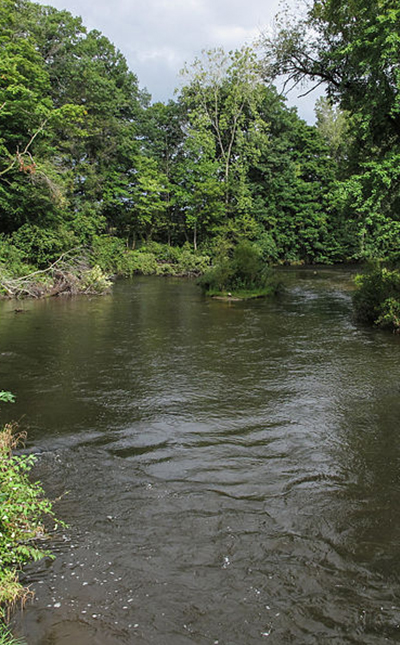