Speaker:  Robert Thompson on Great Lakes steelhead and conservation issues as well as his latest film–“Summer Haze” on smallmouth fishing in Illinois and Wisconsin.

Our monthly meetings resume on Wednesday, September 18 at the Oak Brook Recreation Center at 7 p.m. in the Central Park West Building.  Guests are welcome.

Thompson is an Emmy awarding winning producer currently living and working in Chicago.  A former Michigander, Thompson grew up in the northeast part of the state as an avid fisherman and found his way to a fly rod in 2004. Fly fishing soon became an obsession and in 2009, he combined his background in film and television and his love for fly fishing to create fly fishing documentaries. His first film “Night of the Hex” was released in 2010, followed closely by” Musky County” in 2011, “Heart of the Drifltess” in 2012, “The River” in 2014, “Spey Daze” in 2017 and latest release “Summer Haze.”  All of his films are set in the Midwest and parts of four have been featured in the Fly Fishing Film Tour.

DVDs featuring “Spey Daze” and “Summer Haze” will be available for sale.

Come early from 6-7 p.m. for a special LOOP fishing gear preview by Javier Guevara of In the Loop Outfitters, a U.S. authorized online dealer of LOOP gear and clothing from Sweden.  LOOP is a global premium brand of fly fishing gear and operator of fly fishing lodges around the world. 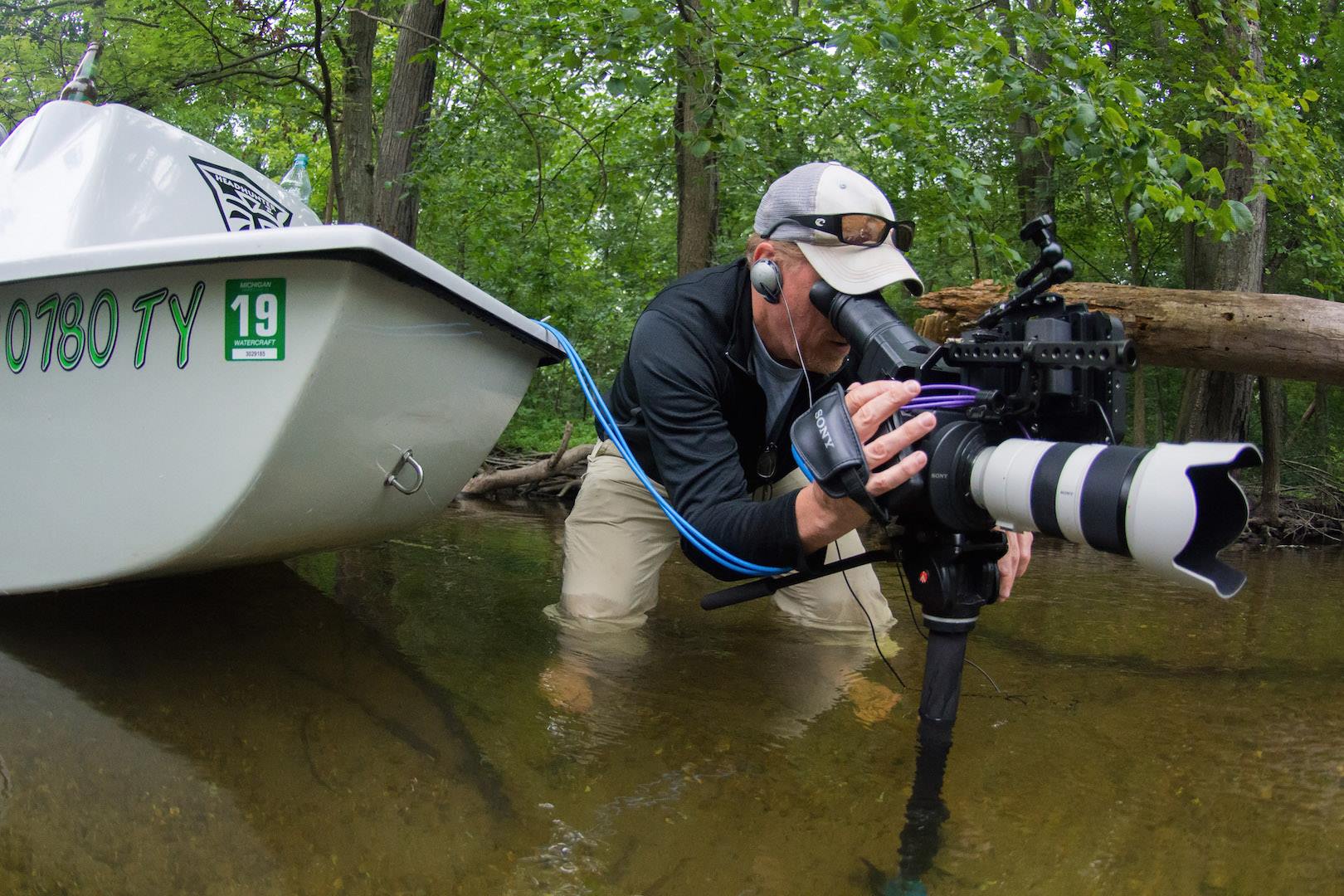